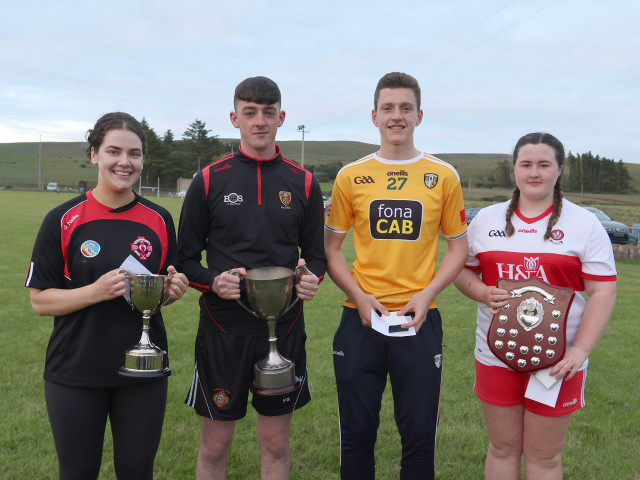 Tuesday 21st June saw the return of the Ulster Poc Fada Final back in Glenarm after a three-year absence.

Before the competition took place over the 4km course, Ulster GAA Vice President and Hurling Committee Chairperson Michael Geoghegan welcomed spectators onto the mountain and began proceedings with a minute’s silence for Damien Casey, the recently passed Eoghan Ruadh, Tyrone and Ulster Hurler.

There was a great interest in the event, with over 100 people on the mountain, in which turned out to be a tightly contested competition among the 26 competitors across the four categories: Senior & U16 Hurlers, and Senior & U16 Camogie. 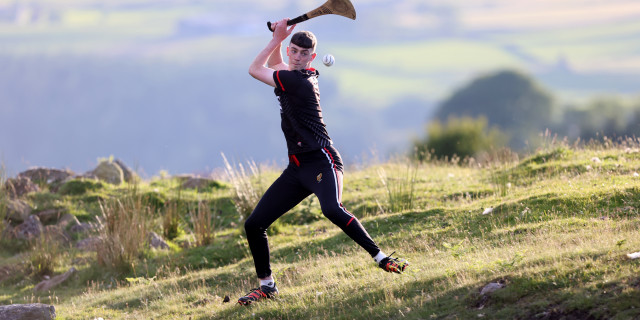 The Senior Ladies title went to Tyrone., with Catherine Muldoon of Eglish making her way around the course in 26 pocs, one ahead of Armagh’s Ciarraí Devlin and Cavan’s Laura Bambrick, who only had five yards between them.

In the Under 16 Hurling competition, Antrim champion Sean Óg McLaren and Shea Pucci from Down both finished on 28 pocs, with the young St Paul’s man McLaren winning by 21 yards.

The Under 16 Camogie competition was also a close affair with the top two ladies coming home in 38 pocs.  Ballinascreen’s Tiarna Kelly overcame Naiose Hughes of Ballymacnab by 82 yards to claim the U16 crown.

All competitors and spectators were invited back to the Shane Uí Neill GAC clubrooms for refreshments and the presentations awards.

Each of the four winners were presented with their Ulster Medal and a £50 O’Neills Sportswear voucher, sponsored by Ulster GAA.

We would like to thank Terence Mulvenna and Shane Uí Neill GAC for their hospitality.  It’s a fantastic venue and we appreciate the effort made.

To Ulster Camogie, the event would not be half of what it is, without both the Camogs and Hurlers together.  Thank you for your continued support.

To St John’s Ambulance for their medical cover and to John McIlwaine for the photography, we thank you for your professional support and assistance.

Thank you to all the participants, parents, spotters, referees, staff, and spectators for attending one of the most enjoyable Poc Fada’s held in recent years. The effort from all is greatly appreciated, especially those who have made the huge journeys.

Congratulations to all the winners, Ulster will have four counties progressing to the All-Ireland Finals. These provincial champions will test themselves against the best in Ireland on Annaverna Mountain, in the Cooley Range, Co. Louth on Monday 1st August.