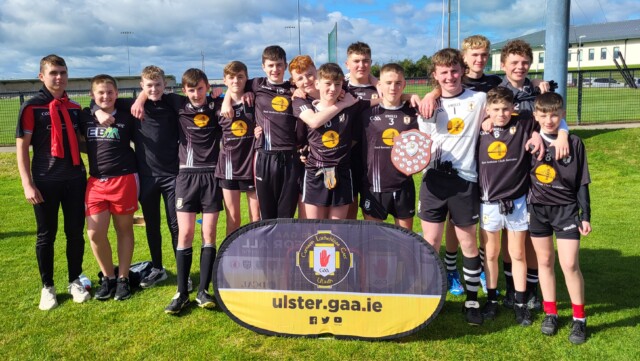 The Ulster Óg Spórt U-14 Finals were held last weekend in the Tyrone Centre of Excellence, bringing together the 7 a-side champions from each of the province’s nine counties to compete in the prestigious annual blitz competition.

With ideal playing conditions, the day developed into a very entertaining and exciting day for both players and spectators, with a superb standard of footballing skills on show.

Eglish of Tyrone brought the title to the O’Neill County by defeating the Derry champions Bellaghy in a very competitive encounter by 1.06 to 1-02 in the final.  Both finalists had tough semi-finals that went to extra-time, with Eglish defeating Portglenone of Antrim by five points and Bellaghy overcoming Denn of Cavan by 3-09 to 1-08 to earn their final spots.

The decider was a thrilling encounter with some fantastic skills on show from both sides in a gripping game, but it was Eglish who finished the stronger to send supporters into joyous scenes at the final whistle.

The Plate competition was won by Dromintee, Armagh who defeated Bryansford, Down in a very entertaining final, 2-07 to 1-04.

Ulster Council Vice-Chairperson Michael Geoghegan made the presentation to the victorious teams, and on behalf of Ulster GAA thanked Tyrone GAA for their help and assistance in hosting the competition. 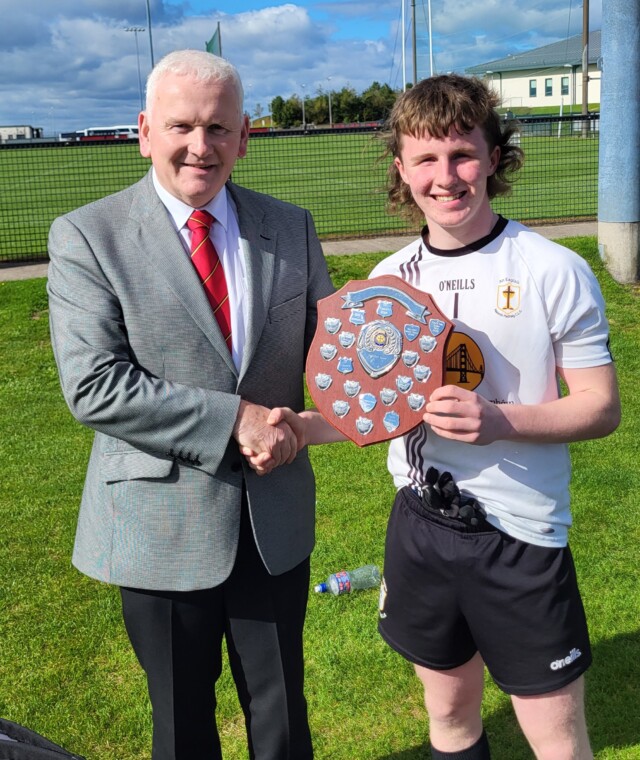 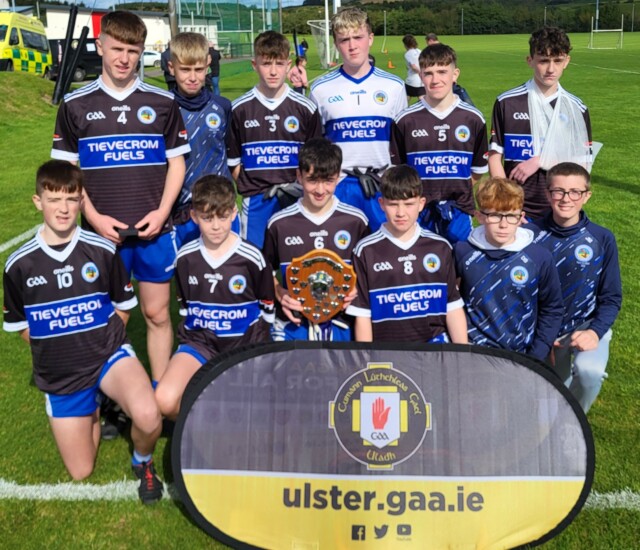 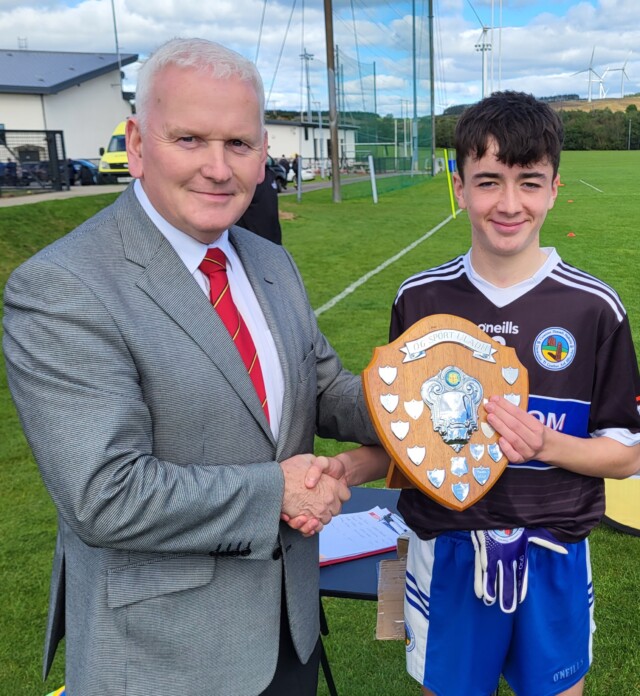