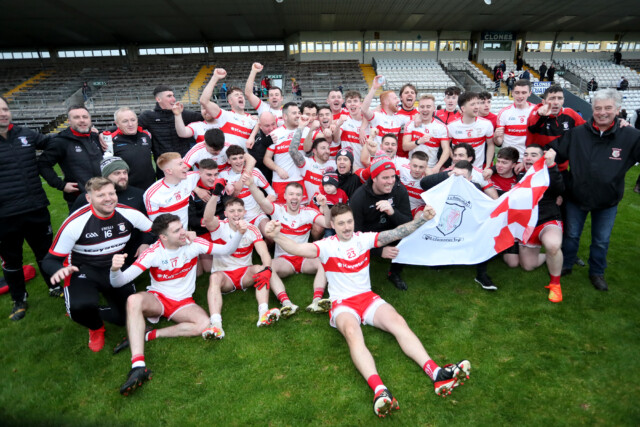 The game finished 0-12 each after normal time and then 1-12 to 0-15 after extra time, with harps forward Dan Lowe scoring a penalty.

Spot kicks were then needed to decide the winners, with the Tyrone champions winning 5-4.

The Cavan men opened up a 0-5 to 0-2 lead with captain Ryan Connolly striking unerringly from frees, with Daryl McGurran and Darragh Dolan also chipping in with points.

John O’Dowd and Donal Monahan were in command at the back, and the Tyrone men could only manage a couple of point from Gareth Devlin frees.

Devlin kept them in touch with his accurate place-kicking, and after Cormac Flynn had finished off a well worked move with another Drumlane point, the gap was narrowed to just two at the break, following Kyran Robinson’s strong run that drew the free from which the corner forward made it 0-7 to 0-5 with his fourth conversion. 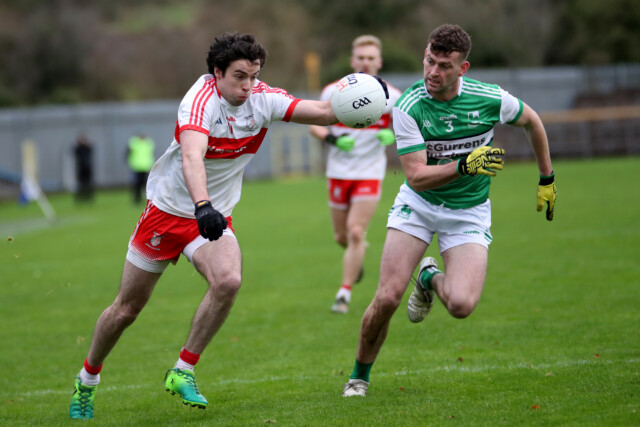 The opening five minutes of the second half heaped a double setback on the Red Hand champions.

First key attacker Devlin was forced off by a hamstring injury, with Tiernan Rush taking over the free-kicking duties, but within minutes he too was out of the action, red-carded after picking up a second booking.

Stewartstown met the challenge however, and with experienced attacker Anton Coyle and teenager Theo Lowe leading the way they chipped away at the lead.

With the extra man, Drumlane were able to deploy John O’Dowd as sweeper, but Coyle’s third free brought the sides level at 0-9 each at the end of the third quarter.

Connolly added two more to his tally to get Drumlane back in front, but in the latter stages, the Harps found their tune, going in front for the first time as defender Connor Quinn thumped over their only score from play.

There was still time for Connolly to equalise with his ninth score, tying it up at 0-12 each.

Lowe slotted home the penalty in the first period of extra-time to give his side daylight fir the first time, but two massive points from Michael Owens tied it up again at 0-15 to 1-12.

On to the penalties, and Drumlane missed their first two, one of which was saved by Greg Kelly, but a couple of Stewartstown misses had the sides tied at 3-3, and so it was sudden death.

Coyle and Theo Lowe netted two each from the spot as the sequence was repeated, before Connolly, whose finishing had been impeccable throughout the game, smashed a kick against the crossbar. 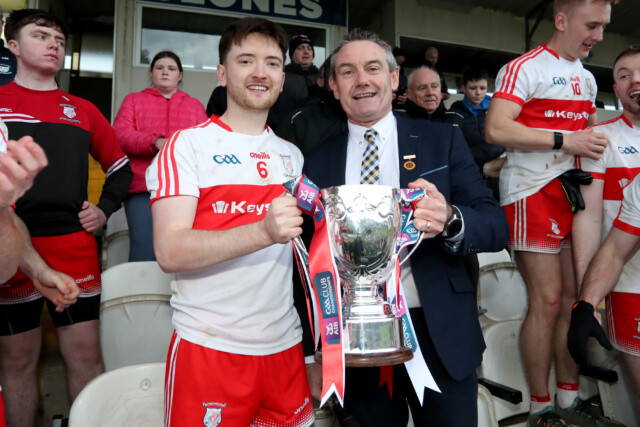