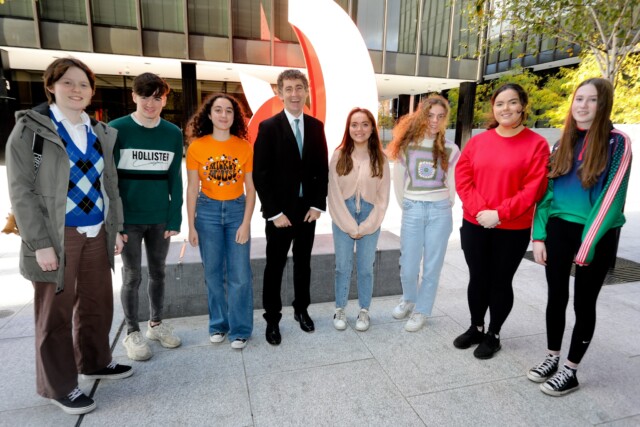 Speaking about the significance of the event, Leas-Chathaoirleach, Senator Joe O’Reilly said: “The Seanad has championed minority voices since its foundation 100 years ago.  It is fitting, that in its centenary year, the Seanad is empowering the voice of young people.”

Paying tribute to the four Ulster GAA Young Leaders, Ulster GAA President Ciaran McLaughlin commented: “This was a very significant event for Ulster GAA to have four Young Leaders represented.  This highlights the role the GAA makes to wider civic life, promoting community involvement and community development.  We are very proud of the young people who participated and contributed significantly to the event.  They were outstanding representing themselves, their clubs, counties and province at this important event.

“We are very grateful to have had the opportunity for our Young Leaders to participate in this event through their involvement in the Joint Award Programme between the Duke of Edinburgh Award and the Gaisce President’s Award.”

Young GAA members interested in getting involved in the Duke of Edinburgh Award or the Gaisce President’s Award, contact sharon.haughey.ulster@gaa.ie for more information.