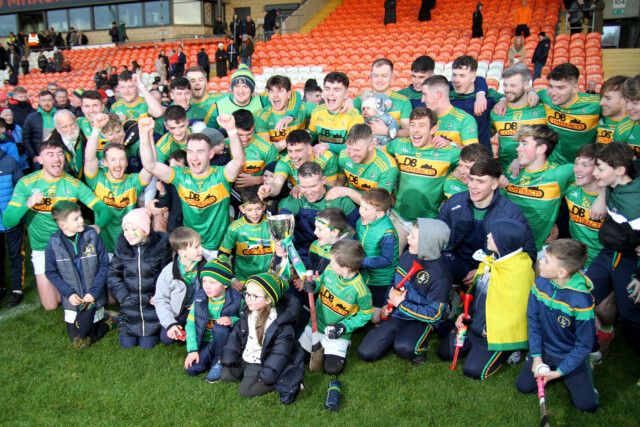 Going into the game without Paul Shiels and Conor McKinley, for once the Antrim men weren’t really fancied, but two first-half goals set them on their way as Slaughtneil found to their cost that their radar was off on the big day.

After the Derry men jumped into a 0-3 to 0-1 lead after eight minutes with points from Brendan Rogers, Gerard Bradley and a free from Cormac O’Doherty, the Cuchulainns profited from a freak goal that tilted the momentum of the game. An Aaron Crawford delivery feel short of the target and while Nigel Elliott followed the ball in, Slaughtneil goalkeeper Oisin O’Doherty went to shield the ball but diverted it into the goal.

With Conal Cunning a hugely influential figure at full-forward, Dunloy were posing all sorts of questions off a beleaguered Slaughtneil rearguard, while the usually metronomic O’Doherty was having by his standards an off day from the dead ball.

Cunning grabbed five of Dunloy’s six points in the first half, the other coming from Anton McGrath. But they were also living dangerously and goalkeeper and captain Ryan Elliott had to be exceptionally sharp twice in two minutes as the half was drawing to a close, first to keep out an effort from Jerome McGuigan that was called back for an earlier foul, and then after McGuigan picked out Brian Cassidy with a delightful bit of stickwork but Elliott flicked it away for a ‘65’ that O’Doherty converted. 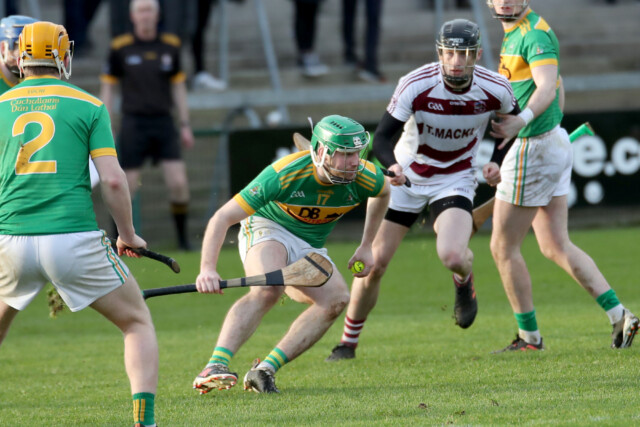 Just the half time whistle loomed, a booming clearance from Eoin McFerran was fastened on by Nigel Elliott who got the ball to hand and chose placement to guide his shot beyond O’Doherty to make it 2-6 to 0-7 at the break.

Slaughtneil scored eight of the first ten points in the second half to draw matters level. But the introduction of substitute Nicky McKeague and Declan Smith – both of whom scored – and then Paul Shiels, calmed Dunloy.

With time running out, Slaughtneil came once again withy a massive effort, but four wides in the last ten minutes left them looking oddly out of sorts.

In the heart of the defence, Ryan McGarry and Kevin Molloy successfully repelled the champions, who had Meehaul McGrath dismissed in injury time. 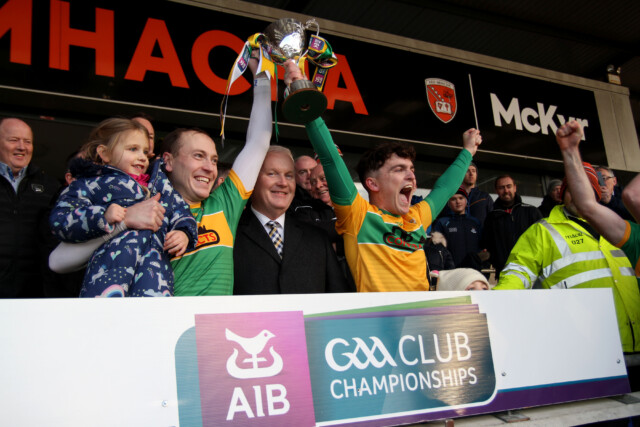