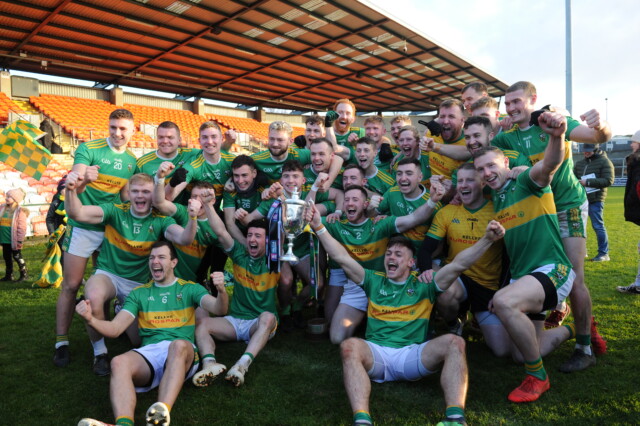 Glen are Ulster champions for the first time ever after wrestling the title from defending Ulster and All-Ireland champions Kilcoo.

It was a titanic and sensationally entertaining game in Armagh’s Athletic Grounds and Glen were worthy winners. They kept Kilcoo at arm’s length throughout with some stunning performances from Derry’s Conor Glass and Ethan Doherty.

A point separated the teams at the break in what was a thrilling opening half with Glen in front.

The Derry champions came storming out and were rampant in front of the posts with five unanswered points in the opening ten minutes. They went direct and the Magpies took time to get adjusted and the brilliant Glen exploited the gaps or shot from distance.

It was a bruising encounter, with many duels and sub-plots, with a lot of pestering going on off the ball.

Danny Tallon got the ball rolling with a point in five minutes and Glen then turned the magic on, with another four points in as many minutes. Emmet Bradley (free) and a stunning 40-metre effort from Conor Glass had Glen looking in control. Kilcoo couldn’t get the ball out of their own half thanks to their short kick-outs and Glen’s aggressive and intelligent pressing and they turned over possession.

Conleth McGuckian looked up and steered his shot between the posts and Jack O’Doherty pointed to put Glen five points ahead.

Kilcoo looked in trouble, but two minutes later they were back in the game as Daryl Branagan flicked into the net after quick passing between Aaron Branagan and Dylan Ward.

And Kilcoo had great chance to take the lead in the 38th minute of the first half but Jerome Johnston’s spot-kick crashed off the post. Half-time: Glen 0-07 Kilcoo 1-03

Glen stretched the gaps to three points with two converted frees from Tallon and Paul Devlin replied with his brace of frees, before Tallon’s fourth free of the afternoon edged the Derry side further ahead.

However, Aaron Brangan curled over a beauty to grab the first point from play of the half on 46 minutes. In between, it was thrilling attacks and counter-attacks with both defences standing their ground. It was tense stuff as the game entered into the last ten minutes.

Kilcoo tried to conjure something up but Conor Glass’ block on Darryl Branagan was one of many to deny them and with the Magpies pushing numbers forward they were caught out and Alex Doherty blasted into the net deep into the three additional minutes.

Glen are worthy champions and will be hard to stop now, while Kilcoo bow out with their pride intact. 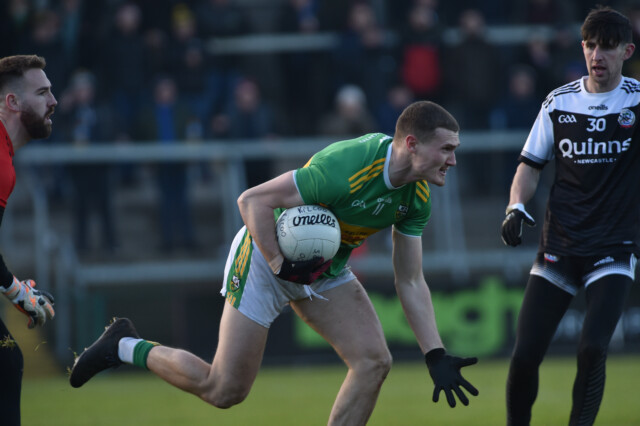