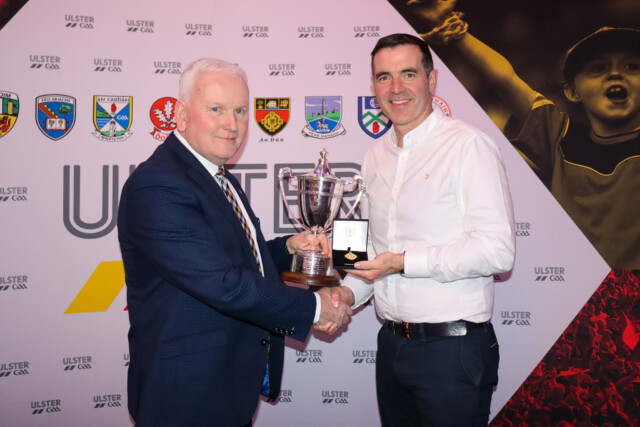 The 2022 Ulster Referees Annual Dinner took place recently at the Hillgrove Hotel, Monaghan, an evening that recognised all our referees for their time, commitment and involvement in the delivery of our games programme.

The adage, “without referees, there are simply no games,” was reiterated by the MC for the evening, Ulster GAA Treasurer Declan Woods, as he opened proceedings

In December 2021, we were rocked by the tragic passing of Down and Ulster hurling referee Colin Murray after a short illness. Colin was a well-renowned referee throughout the GAA and he always approached games in a positive manner.  We were delighted to introduce the Ulster GAA Hurling Referee of the Year Award donated by the Murray family, which was introduced on the night in memory of Colin.  Colin’s wife Donna and daughter Niamh were in attendance on the night to present the cup to Ulster GAA.  This is a great tribute to a great individual and fittingly, the first recipient was a close friend, Colum Cunning. 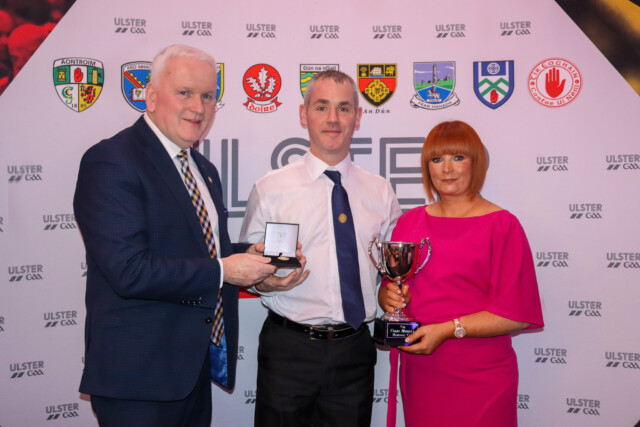 Ulster Referees Chairman, Sean Rooney made special reference to those who were involved in National and Overseas Finals in 2022.  He commented that the standard of our refereeing this year was extremely good, referenced that three of the four Provincial Football Finals were done by Ulster referees, and thanked all the referees for their input and availability over the past 12 months.

Ulster GAA Vice Chairperson Michael Geoghegan echoed these comments.  He added that Ulster GAA have invested heavily in the development of our referees.  Radio equipment, health checks and regular advice illustrates this point. He thanked all referees, advisors and committee personnel for undertaking the various roles during the year.  The Awards Night is an opportunity on behalf of Ulster GAA to say thank you to all of our referees for their continued support. 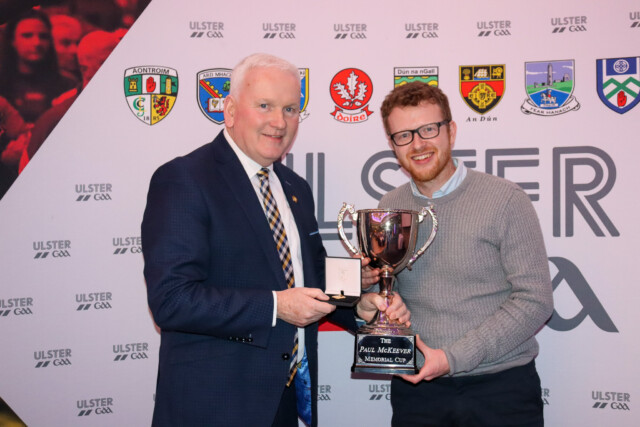