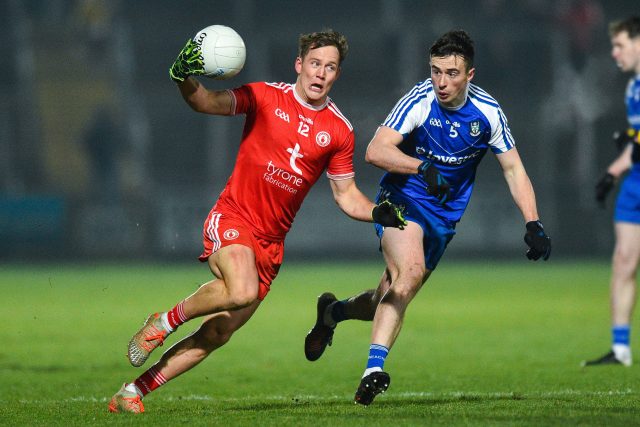 Early points from Frank Burns and Michael O’Neill set the tone for the game with Tyrone on top. Monaghan were able to respond with Shane Carey and Conor McCarthy on target for the Farney.

Tyrone however hit right back with three points from substitute Darren McCurry and scores from Kieran McGeary and Ronan O’Neill to give themselves a 0-8 to 0-3 lead.

The second half was a low scoring with just six scores. Two Ronan O’Neill points helped Tyrone into an unassailable 0-11 to 0-5 lead before a late Barry McBennett goal put a gloss on the scoreline.