Home / REPORT: Down raise their game to overcome Fermanagh 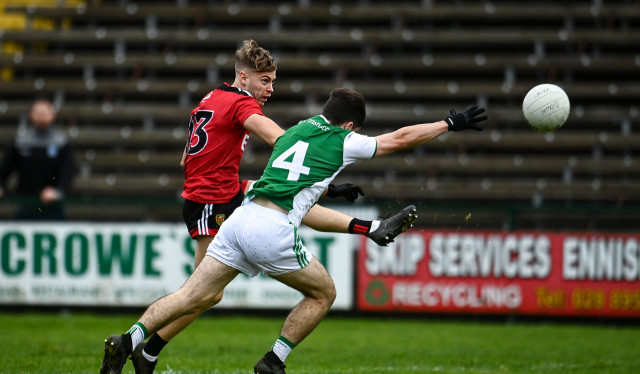 A strong second half showing from Down saw them push past Fermanagh to run out seven-point winners in this afternoon’s Ulster SFC Quarter Final at Brewster Park.

Paddy Tally’s men led by just a point after a cagey first half, but a Donal O’Hare goal in the 42nd minute gave them the momentum to surge ahead and seal their place in next weekend’s semi final where they will play Cavan.

O’Hare notched 1-4 before his 46th minute substitution, while Clonduff man Barry O’Hagan landed four eye-catching points from play and captain Caolan Mooney fired over twice as well as playing an integral role in creating the Down goal.

The opening half was nip-and-tuck with never more than one point between the sides. Fermanagh were in front for the majority with Tomás Corrigan scoring four of their six points, including a neatly taken mark and another fine score from the right wing after fending off three Down challenges. 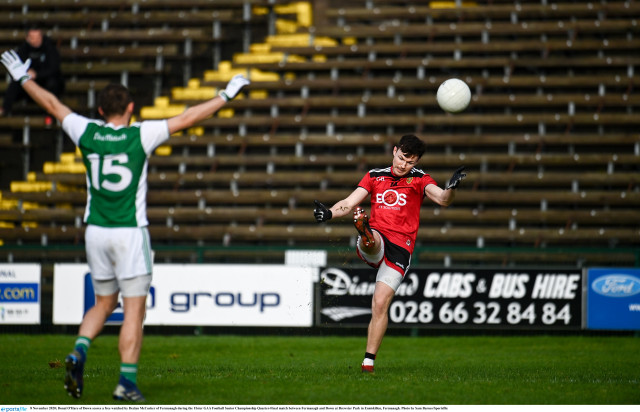 O’Hare sent over three frees for the visitors while Jerome Johnston and Mooney also found the target before O’Hagan swung over his first point of the game just before halftime time to edge the Mournemen in front at the break.

The game remained tight until the goal, where Mooney blazed down the middle of the field to offload to Daniel Guinness who laid it on a plate for O’Hare to palm home.

After that, Down moved up through the gears as Fermanagh’s defensive obstinance dissolved. The final quarter was defined by Down’s strong running and work rate, and O’Hagan was on hand to loft over two points while subs Corey Quinn and Ryan Johnston (2) also reeled off scores as a nine-point gap appeared.

Paul McCusker and Danny Teague stopped the rot momentarily for Fermanagh to give the scoreboard a more favourable appearance by the final whistle, but Down were full value for what was ultimately a comfortable victory in the end.