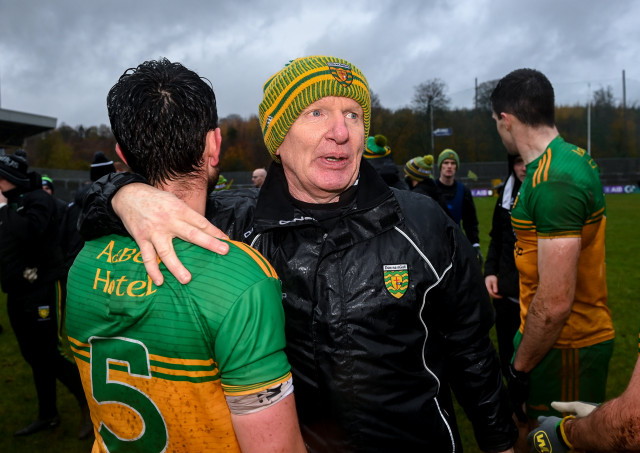 And so, in the space of a fortnight, Ulster’s nine runners have become four, and by late tomorrow afternoon just two will remain.

This whistle-stop Ulster Championship now picks up speed as we enter into the third of its four-weekend lifespan, and today’s meeting of Armagh and reigning champions Donegal begins the final four action.

Both these teams have had just shy of two weeks to prepare for this fixture, double the turnaround for tomorrow’s semi-finalists, Cavan and Down.

That extra week of breathing space will have been precious to managers Kieran McGeeney and Declan Bonner after arduous quarter-finals over Derry and Tyrone respectively, both hard-fought two-point wins in the swirling rain and biting wind of a harsh Sunday afternoon on November 1st .

Tyrone came crashing up against Donegal at Páirc MacCumhaill, and went crashing out. It was a dogged encounter, a slugfest in boxing parlance with the atrocious conditions having a huge bearing on the state of play. The home side though executed their teak-tough game plan that bit better to showcase why they are still top of the tree in the province.

While Michael Murphy and Jamie Brennan didn’t chalk up their usual scoring totals, the winning numbers came from elsewhere as a Michael Langan goal and seven Ciaran Thompson points helped Donegal over the line in the end.

Bonner can bring in Paddy McBrearty to boost the Donegal firepower, with the Kilcar man named to start against Tyrone but not risked on the day. Defensive veteran Neil McGee shipped a knock in the first half but should be up for the task again today.

The knockout nature of this year’s Football Championship elevated the stakes even higher for an opening game between what are arguably two of the top sides in the country. Donegal prevailed and remain on course for a third successive provincial title, a feat not achieved since Armagh themselves in 2006. 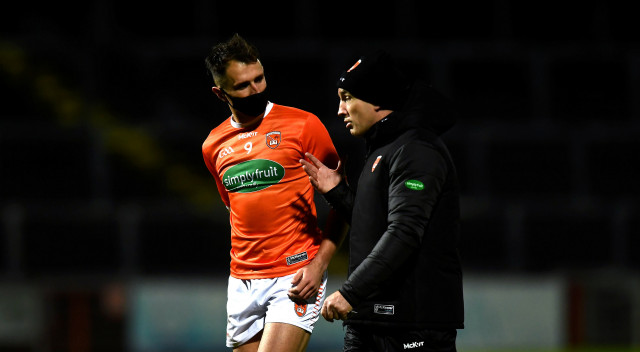 That year it was McGeeney as centre-back and captain who lifted the Anglo Celt for the third year in a row for the Orchard County, a 1-09 to 0-09 win over Donegal at Croke Park. Fourteen years on he is on the sideline bidding to return his county to their first Ulster final since 2008.

In Celtic Park two Sundays ago Armagh were made to work hard to withstand a gutsy Derry fightback. Much like Ballybofey, weather conditions in Derry city were akin to a monsoon, but Armagh fared better in the opening stages and established a six-point lead at half-time.

They came by their scores easier than the Oakleafers, with Oisin O’Neill and Jamie Clarke both hitting two from play while free-taker Rory Grugan helping himself to three first half points.

When Derry mounted a resurgence in the second half through Shane McGuigan’s free-taking brilliance, it was Armagh’s own set piece expert Rian O’Neill who guided them home with a series of faultless strikes. His final free in injury time cut through the falling rain and soared high and true between the posts to guarantee the victory.

Throughout an ultimately successful Division 2 League campaign Armagh had been guilty of letting their performance dip in the latter stages of games and allowing teams to come back at them.

Whilst they held out against Derry last day out to record the win, their performance against a more-fancied Donegal today simply has to last the full duration if they are to upset the odds.