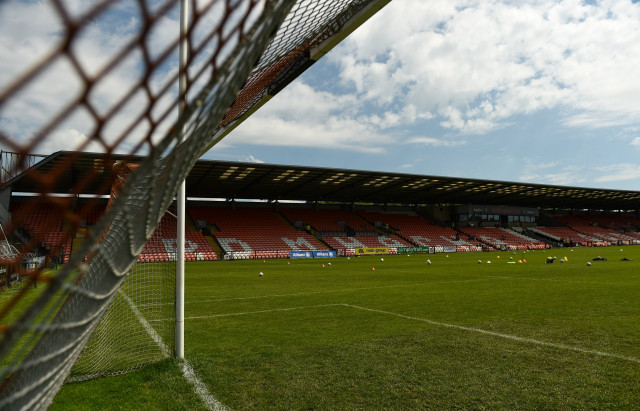 Not since 1919 have Armagh and Antrim played each other in the Ulster Senior Football Championship in Armagh.

Almost a century on, the fixture returns to the Cathedral City with the counties meeting at the Athletic Grounds today in the second of this year’s quarter-finals.

More remarkably, you’ll have to go back to the summer of 1982 to find the last time these sides met in the provincial series. On a sunny June 20th the Orchard County racked up 1-20 to earn victory, with Mickey McDonald, uncle of one Rory McIlroy, playing a key role.

The record books will be updated as the tie comes into the 21st century with today’s encounter, and Armagh once again will be hoping the sun shines on them as they embark on another Ulster campaign in search of the Anglo-Celt.

Back in the Allianz National League Division One for the first time since 2012, the development of Kieran McGeeney’s side in recent seasons has sprouted optimism around the county’s footballing prospects.

This year saw them feature in the ‘mini–Ulster Championship’ section of Division One North, where Donegal, Tyrone and Monaghan provided ample preparation ahead of this Ulster tilt.

There was little to separate the four counties across three weekends, and Armagh’s win over Monaghan and draw against Donegal narrowly put them in a relegation play-off with Roscommon, which they adequately negotiated to ensure top-tier league football for another season.

Arguably, in their one defeat to Tyrone, Armagh had the going for a long period only to slightly lose their way in the second half. Otherwise, Armagh could have been pitting themselves against heavyweights Dublin and Kerry had proceedings in Omagh gone slightly different.

Armagh’s attacking unit continues to grow despite being shorn of the services of the enigmatic Jamie Clarke this year. O’Neill brothers Rian and Oisin are rightly regarded as two of the best young players in the country, while Rory Grugan and Stefan Campbell also add to the Orchard’s attacking potency.

Jarlath Og Burns is an All-Star nominee from 2019 and brings dynamism and combativeness to the midfield, while at the back the versatile Aidan Forker, occupying the full back jersey in recent years, is a big game performer.

Antrim football is on the crest of a wave at present. Former Tyrone All-Ireland winner Enda McGinley has taken the reins and in his first few months has achieved promotion from Division Four.

His side were good for their four wins but ultimately made hard work of the first three, single-point victories each time over Louth, Sligo and Leitrim in Division Four North. A convincing win over Waterford in Dungarvan rubber-stamped their return to Division Three for the first time since 2017.

Odhran Eastwood, Ryan and Conor Murray, and Patrick McBride have led the scoring for the Saffrons this season, and evergreen duo Paddy Cunningham and Tomas McCann have shown they still have a lot to offer the Antrim cause with noteworthy appearances from the bench.

Niall McKeever, likewise another survivor from Antrim’s 2009 Ulster Final side, is a presence around the middle while team captain Peter Healy has shown experience beyond his years with his defensive displays.

Promotion achieved, Antrim will go to Armagh today with no pressure and prime for springing an upset on a burgeoning Armagh.