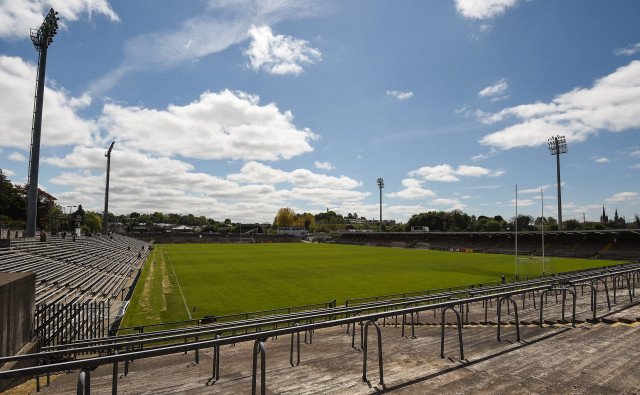 The second of this weekend’s semi-finals see Ulster heavyweights Donegal and Tyrone lock horns once again to tough it out for a final berth in a fortnight’s time.

The two sides have been interminably bound together in Championship football in recent years. Across the Ulster and All-Ireland series, they’ve met in nine of the ten seasons since 2011.

Indeed, Donegal have been a familiar foe for Tyrone in Ulster Semi-finals in particular, winning clashes in 2019, 2012, 2011 and 2004 – all against their neighbours to the north-west. The last time Tyrone lost a Semi-Final game to someone other than the Tír Chonaill men was in 1999 to Down.

The familiar rivalry gets renewed again today at Brewster Park, with Donegal bidding to make their tenth Ulster final in 11 years.

Declan Bonner helmed the county to provincial titles in 2018 and 2019, but of course was denied the three-in-a-row courtesy of Cavan last November. How he would love to take another step closer to reclaiming the Anglo-Celt Cup, and getting another one over on his Red Hand rivals in the process.

His side breezed through their First-Round game against Down at Páirc Esler on the Championship’s opening day. However last Sunday’s encounter with Derry proved to be anything but a routine affair.

Derry led the game for almost the entire distance in a mesmeric contest, only for Paddy McBrearty to step up to the mark in the dying moments to launch over an exceptional winning score. While there will be many things emerging from Donegal’s performance that Bonner will have focused to address ahead of today, the white-heat intensity that pervaded in Páirc Mac Cumhaill seven days ago will definitely have his players well prepared for today’s battle.

Michael Murphy’s fitness this year has been one of the big stories surrounding Donegal. An injury during the league has persisted and he only managed 20 minutes against Down before not starting the Derry game. His introduction off the bench was integral to Donegal wrestling their way back into the game however to snatch the result.

Niall O’Donnell and Michal Langan have been adept of stepping into the void to maintain Donegal’s scoring output, and the talents of McBrearty and Jamie Brennan mean they are already well-enough stocked in that regard.

The ghosts of Tyrone’s hammering by Kerry in the League just weeks before their Championship bow were somewhat put to rest with their Quarter-Final win over reigning Ulster champions Cavan last Saturday.

Darren McCurry was effervescent in Omagh, leading Tyrone’s attack almost singlehandedly and kicking 0-10. Time and again Tyrone were able to pick out the Edendork man with accurate kicked ball, and he duly shone as a result.

A big plus to Tyrone was the return to action of former All-Star Cathal McShane after a year of injury hell, and he capped a worthwhile 25-minute appearance with three points. They will also be buoyed by the impressive performance of debutant Conn Kilpatrick, and fellow midfielder Brian Kilpatrick, who came off the bench to slot home the game’s only goal. Tyrone’s strategy in the middle third will have to be spot-on if they are to counteract the kickout efficiency of Donegal goalkeeper Shaun Patton.

And so once more, Donegal and Tyrone, Tyrone and Donegal. Time to get reacquainted again.