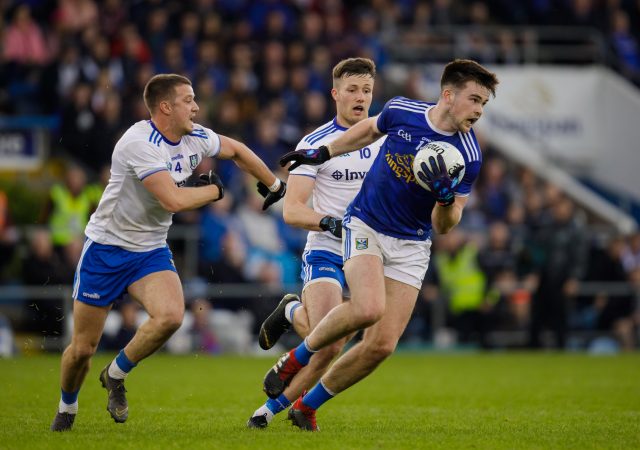 Cavan ended 18 years of hurt as they overcame neighbours Monaghan 1-13 to 0-12, to advance to the Ulster Football Championship semi-final. Cavan got off to a blistering start scoring 1-3 without reply to open the game. Over the course of the 70 minutes the Breffni County were more efficient in front of goals. Monaghan, by comparison, will rue 12 wides, five coming within the first 20 minutes and a further two shots dropped short.

Looking at some of the key game statistics, the teams were evenly match over the course of the 70 minutes, apart from the most crucial, game deciding measurement… scoring!

As with the previous week in Omagh, the goalkeeper on display, Rory Beggan and Raymond Galligan are among the country’s best. Beggan had markedly more joy finding his own men with kickouts with Monaghan winning 81 per cent of the their own kickouts in comparison to Cavan’s 69 per cent.

Monaghan pressed much higher in the second half resulting in Galligan having to go long to find target man Gearoid McKiernan in midfield. McKiernan won his fair share of possession as well as contributing 4 points to the game off both feet. As Monaghan began to find momentum in the second half, Cavan retreated and allowed Beggan the short option a number of times which contributed to his higher percentage rate.

A turnover/ possession loss statistic is something that all teams will want to minimise throughout the Ulster Championship. With this stat we combined possessions which had been given away through hand/foot pass and lost in the tackle. Both teams gave a way a sizeable amount of possession and this could be something to cause concern for the managers in the coming weeks.

In Healy Park,  Tyrone won 13 turnovers and only conceded six. In comparison Cavan lost 19 possessions. One contributing factor to this may have been the weather conditions, which were settled and dry in Omagh. The Kingspan Breffni surface had a deluge of rain on prior to throw-in and then again during the game. This made conditions more difficult and undoubtedly affected the turnover differential. 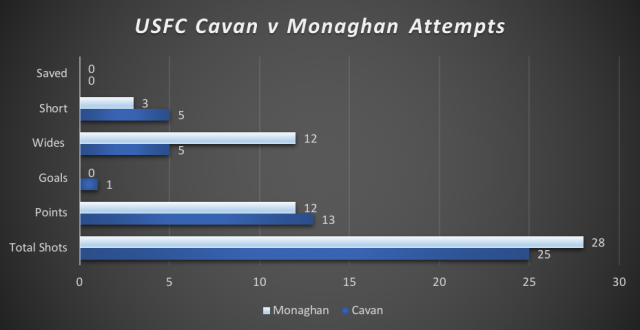 Above we see how the total shot count was dispersed over the period of the full game. Monaghan created the majority of scoring chances with a total of 28 shots in comparison to Cavan’s 25. Although Monaghan had the higher shot count, they didn’t manage to make it count as they had a total success rate of 42% for both shots from play and from frees. In comparison to this Cavan’s overall success rate was 56%, 20 shots from play (scoring 10) and five shots from free/penalties/45s (scoring 4) 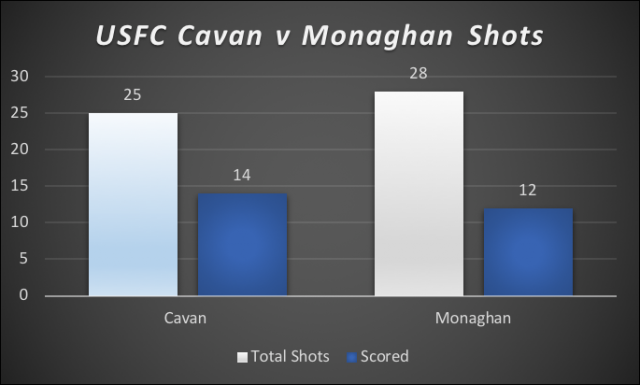 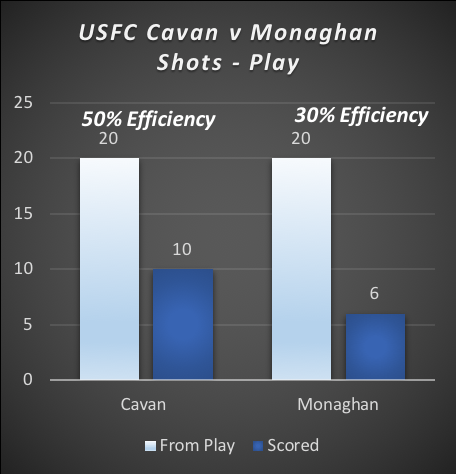 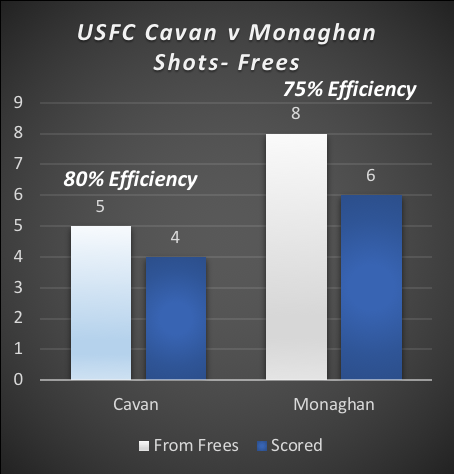 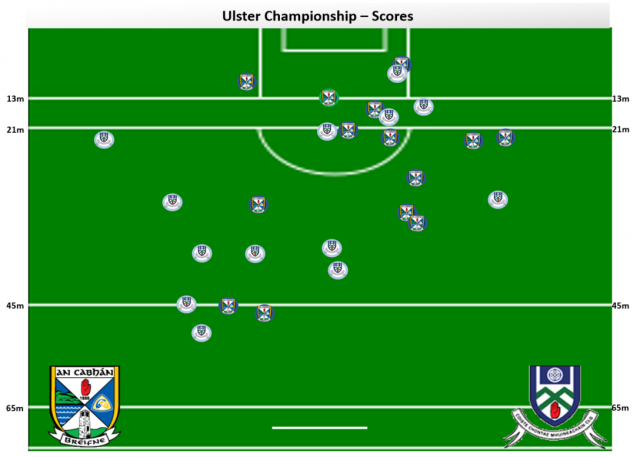 While Monaghan shaded the kickout battle and the turnover battle was evenly balanced, Cavan’s greater precision and accuracy in front of the posts was telling. Monaghan managed just 0-6 from 20 attempts from play a statistic they will need to improve on if they are to advance through the qualifiers.