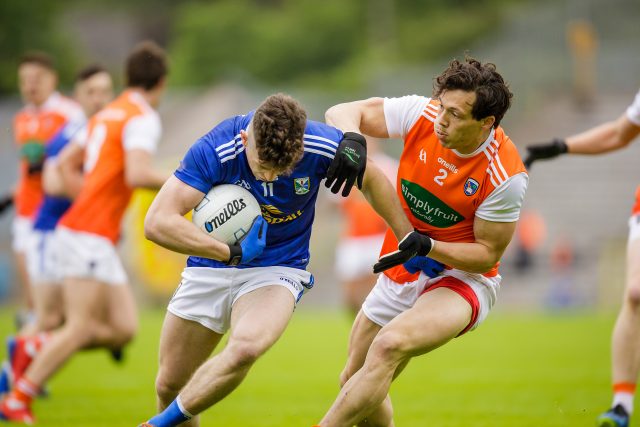 Cian Mackey was the man of the moment as the Ulster championship served up another exciting contest between Armagh and Cavan. The game ended in draw after extra-time of an end to end game of football. This game saw the sides level no less than 12 times and had chances for either to win. Mackey would kick the equaliser both before full time and before full time in extra-time 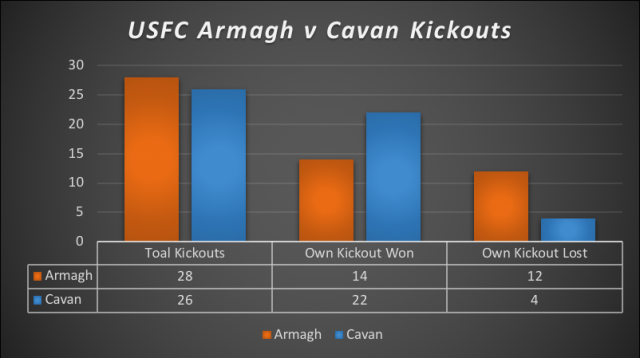 For long periods of this match Armagh offered up possession on the Cavan restarts. The Breffni goalkeeper, Raymond Galligan, had the luxury of picking out free men and this saw him return an 84 per cent win retention on their own kick out. Armagh did not have the same luxury as Cavan pushed up on Blaine Hughes’ kickouts and forced the Armagh goalkeeper to go long with the majority of them. It showed as Armagh were only able to retain 53 per cent of their own kickouts something they will want to improve on in the replay.

Cavan had more shots over the 90 minutes with 32 and a 53 per cent conversion rate. Armagh had 29 shots with a 51 per cent conversion rate. Both teams kicked 11 wides and dropped three short. Jarlath Óg Burns contributed 1–2 from midfield from his driving runs and possibly could have had another goal very early on in the first half. However, Cian Mackey stole the show, as he came off the bench for Cavan to score three points from play, the last three scores for Cavan, two in the last three minutes of normal time and 1 in the second half of extra time. He also had a chance to win it late on with his only wide of the day. A good return for the substitute to bring his side into the game in the dying minutes. 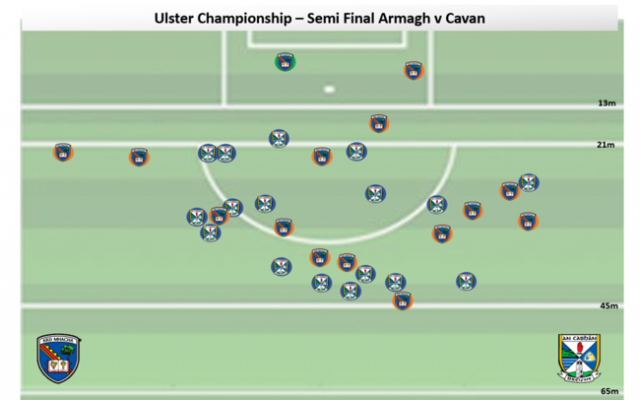 Both sides lost a high number of turnovers throughout the game perhaps explainable by  the changing weather conditions and intense tackling. Armagh had 19 turnovers while Cavan had 14. Cavan conceded 18 frees over both full-time and extra time whereas Armagh conceded 20.

It leaves it all to play for this weekend again as the two counties meet for the second time this summer bidding for a place in the Ulster Senior Football Championship Final.