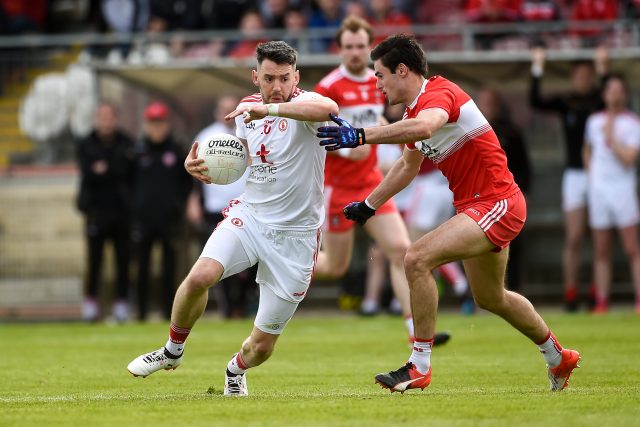 The Ulster Championship got underway with the clash of Tyrone and Derry at Healy Park. It proved to be a competitive encounter both on the pitch and in terms of game statistics before Tyrone showed the greater experience to get over the line.

Over the course of the Ulster Championship we will look at some of the key areas which ultimately determine the game outcome of who will progress one step further to lift the Anglo-Celt Cup and who will have to look towards a campaign in the All-Ireland qualifiers.

With each passing year it is becoming apparent first phase possession is crucial for coaches and managers as the kick out success rate climbs higher. This, of course, depends on various styles of play, tactics and personnel of players on both sides.

Both Niall Morgan (Tyrone) and Thomas Mallon (Derry) have been renowned in recent seasons for their accuracy from the dead ball with both their short and long kickouts. This encounter saw great variation from both goalkeepers which tested the decision making of the opposition outfield players on whether to mark man-to-man or cover their area in a zonal style press.

On a number of occasions Mallon found free men through the centre, in addition to quick runs to the sidelines from McAtamney and McFaul to create the mark. This saw a total success rate of 75 per cent from their own kickouts. Equally Morgan found joy on the short kickout from players like McKernan and Hampsey.

The most significant point of the game came when a long kickout from Morgan found Richie Donnelly who flicked the ball over two Derry men competing for the same kickout and the ball ended up in the Derry net. A return of 80 per cent on kickouts for the Tyrone shot stopper was a good day at the office for him and his Tyrone teammates.

A turnover/ possession loss is ultimately something all teams will want to minimise as much as possible in their campaign through the Ulster Championship. With this stat we combined possessions which had been given away through a hand/ foot pass and ball lost in the tackle. Significantly Tyrone won 13 turnovers (68 per cent) and only conceded 6 (31 per cent). A considerable difference in margin reflected by the Tyrone efficiency in passing and work rate when not in possession. 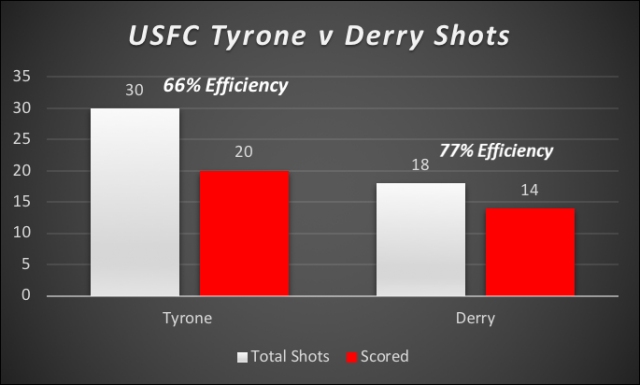 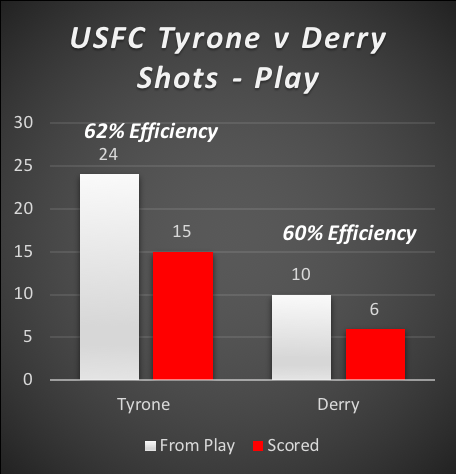 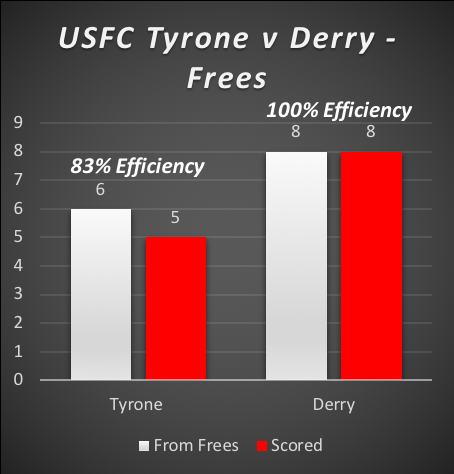 Interestingly Tyrone had a greater spread of scorers contributing at various stages of the game. Even though Cathal McShane top scored with 0-7, Tyrone had 10 different scorers on the day with at least 6 points coming from players lined out at midfield or in defence. This reinforces the attacking/ counter-attacking style Tyrone use when breaking out from defence and players finding themselves in scoring opportunities.

Derry had a heavier reliance on their forwards, notably Shane McGuigan, who scored 1-6. The only non-forward who contributed to Derry’s overall scoring tally was midfielder Conor McAtamney (0-1). In comparison to Tyrone’s 10 different scorers Derry only had 6 players who had managed to get on the scoresheet during the course of the 70 minutes. 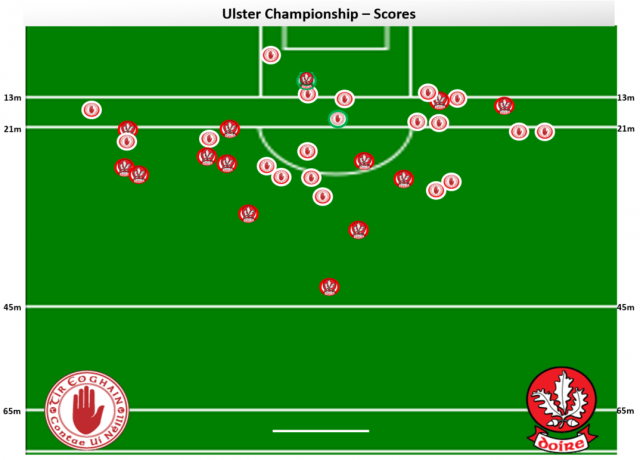 Although kickout success rate, turnovers and score efficiency metrics are only a small area of statistical analysis the trend it shows a close correlation to match outcome. Over the next number of weeks in the Ulster Championship it will be interesting to compare and contrast statistics as the rivalry becomes renewed for the other counties in the province.