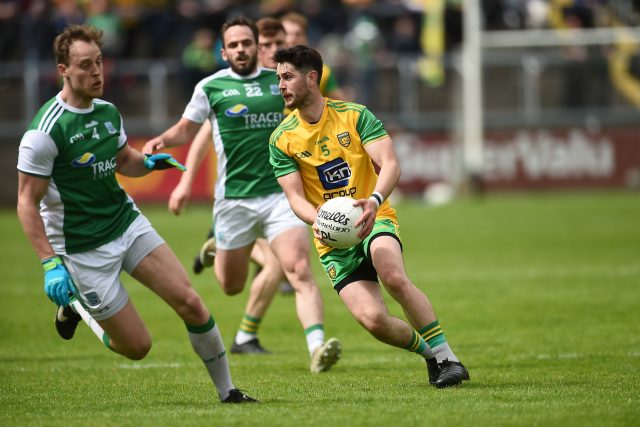 Donegal qualified for an Ulster Senior Football Championship semi-final with Tyrone as they overcame a dogged Fermanagh side in Brewster Park. Patrick McBrearty and Jamie Brennan kicked 0-9 between them over the course of the 70 minutes with the Kilcar man McBrearty impressing on his return from injury.

Among the key areas in explaining where the game was won and lost, kickout retention and shot efficiency feature prominently as some of the key talking points.

Fermanagh made a change in goalkeeping personnel before throw-in as James McGrath replaced Thomas Treacy in goals. Donegal got things spot on with their kickouts and managed a perfect 100% retention rate on all restarts from goalkeeper Shaun Patton. This was made even easier for the Donegal men as Fermanagh offered up the kickout in favour of retreating back to their own half, in the hope of turning over possession. It wasn’t until the final 15 minutes of the game when Fermanagh had to go for broke and push men up to compete that Donegal were put under any pressure. Shaun Patton was still able to find his men despite a higher press from Fermanagh. Contrastingly, Donegal opted to push up on McGrath’s kickouts, retaining 71% of their own kickouts. A significant portion of these were won as break ball.

Turnovers/possessions lost go a long way to determining the outcome of a game and this one was no different. Over the course of the game Fermanagh lost possession sixteen times to Donegal’s eleven. Rory Gallagher’s men will need to look at decreasing this statistic when they meet Monaghan in the Qualifiers.

Rory Gallagher will rue a poor return from shots at goal as one of the main areas for his team’s downfall to Donegal. Out of Fermanagh’s 23 shots, they only managed to put nine over the bar. From other shots they had five wides, eight shorts and had one blocked. A total of 39% efficiency will be food for thought moving forward.

Donegal had a better day in front of goals as they managed 30 shots with a total of 15 points (50% efficiency). Other shots resulted in 13 wides, one off the woodwork and another short. The high tally of wides will be of concern to the Donegal management. Declan Bonner can take heart from the return Patrick McBrearty who score 0-5,  three points from play and two from frees. The performance of Jamie Brennan will also please the Donegal management. He contributed 0-4 from play to his teams tally. 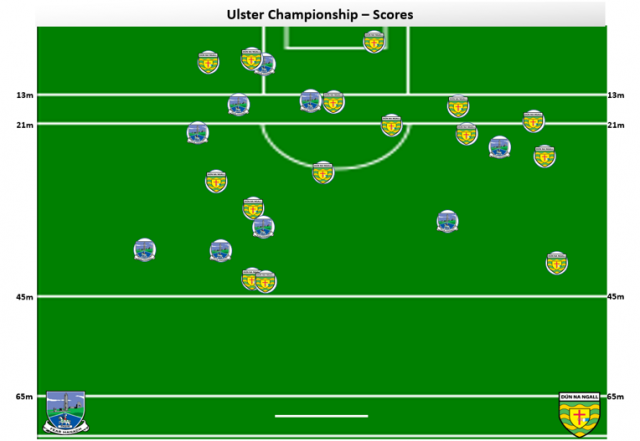 While Fermanagh were able to frustrate Donegal for long periods by giving up the Donegal kick out and getting numbers back. Unfortunately for the Ernesiders their inability to turn their chances into scores would prove costly as they had to chase the game in the closing stages allowing space at the back for Donegal to exploit.